Actinobacillus equuli subsp hemolyticus produces a repeats-in-toxin (RTX) toxin termed Aqx, similar to the leukotoxins of Mannheimia hemolytica. Many RTX toxins are host specific and the pathogenesis of these bacteria are related to the RTX toxic activity. This Aqx toxin is highly cytolytic to equine erythrocytes and lymphocytes. Although this Aqx toxin is likely a major virulence factor of Actinobacillus equuli subsp hemolyticus, it’s absence from Actinobacillus equuli subsp equuli, (the major cause of sleepy foal disease and respiratory infections), indicate that other virulence factors are involved with neonatal septicemia and respiratory infections associated with this sub species.

Endotoxin which is associated with all gram-negative pathogens, damages endothelium and is therefore, capable of causing vasculitis and thrombosis. Thrombosis with bacterial emboli is a characteristic and consistent feature of sleepy foal disease (neonatal septicemia), implicating an important and possible primary role of endotoxin in lesion induction.

Predisposing factors to the development of disease in foals includes failure of passive transfer of maternal antibodies, unsanitary conditions in the foaling area and concurrent immunosuppressive conditions. Infection in foals is acquired in utero, during parturition, or shortly after birth as an umbilical infection or less commonly from gastrointestinal (ingestion) or respiratory (inhalation) infections. Disease presentation is often peracute with death at birth or within the 1st few days due to fulminant septicemia. In foals that survive the initial infection and survive for several days, usually present with the classical microabscessation syndrome. These neonatal septicemic infections are considered to be primary infections in most instances.

During bacteraemia, septic emboli lodge in glomeruli and peritubular capillaries producing multifocal glomerulonephritis and interstitial nephritis. Abscesses are usually cortical but can be seen in the medulla (Figure 1 and Figure 2). Another target organ besides the kidney is the adrenal (Figure 3). Death may occur because of fulminating septicaemia. In foals that survive for several days, micro-abscesses are seen in the kidneys and other organs, and polyarthritis is present, most commonly involving the hock and stifle joints. 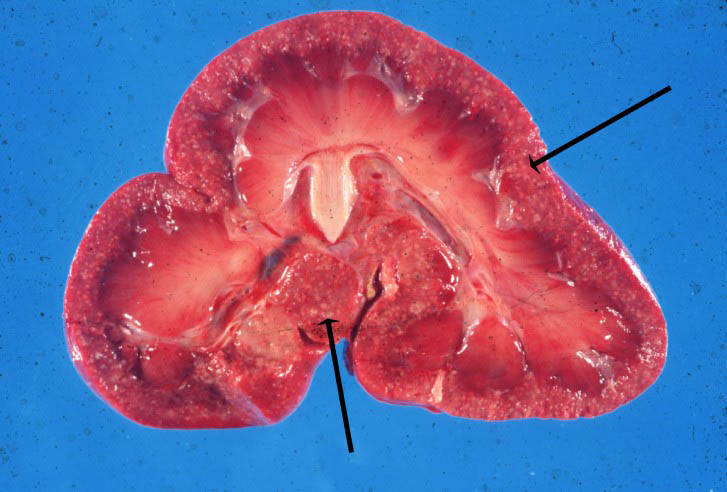 Figure 2: Foal kidney and adrenal gland – note the early and subtle embolic nephritis (arrow) with enlarged and hemorrhagic adrenal gland due to extensive bacterial emboli station of the adrenal with associated vasculitis and hemorrhage. 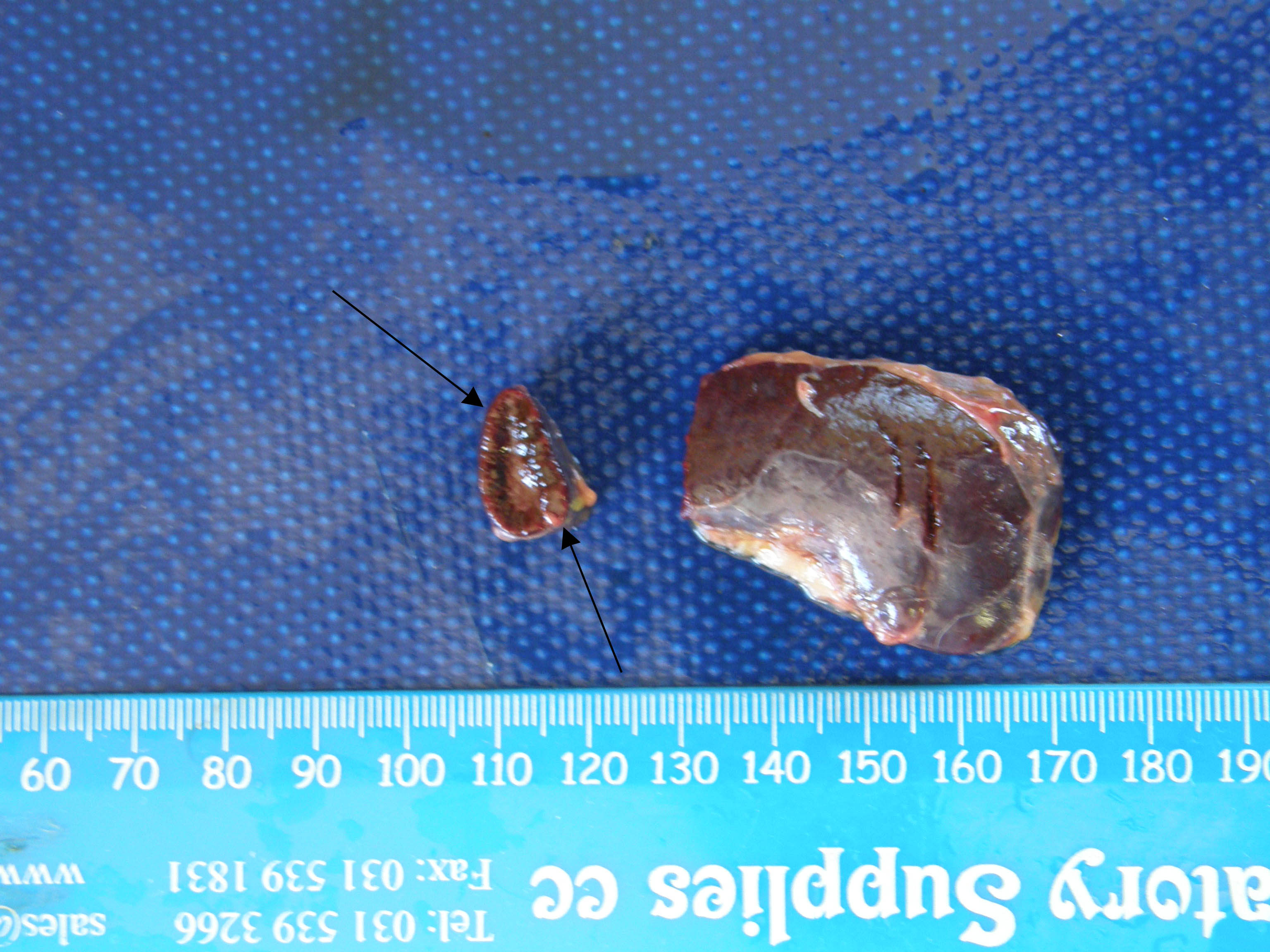 In adult horses actinobacillosis is rare and usually acts as a secondary bacterial infection complicating some other primary condition, usually some other concurrent pathogenic bacterial or viral infection, but under the right circumstances Actinobacillus sp can be primary pathogens. Infection in adult horses is generally more localised and include cutaneous abscesses, guttural pouch infections, endometritis, pericarditis, endocarditis, peritonitis, encephalitis, arthritis, orchitis and abortion. The syndromes of acute peritonitis, encephalitis and fatal pulmonary hemorrhage with pneumonia due to endothelial damage caused by bacterial toxins, have been more recently described. In addition, it has been documented that the same mare may abort in successive pregnancies. Rare cases of septicemia associated with both Actinobacillus equuli subsp equuli and Actinobacillus equuli subsp hemolyticus, have been documented.

Definitive diagnosis of Actinobacillus equuli relies on the isolation of the bacteria by culture.

Histopathology is also an extremely useful diagnostic procedure as the presence of large embolic bacterial colonies plugging the capillary’s of various visceral organs, are a common and consistent histological finding and easily visible in H&E stained sections (Figure 4 and Figure 5).

Infected horses may be treated with various antibiotics including streptomycin, tetracycline, ampicillin and trimethoprim – sulfonamide, with antibiotic selection being based on the antibiotic sensitivity profile, nature of the infection and the ability of the antibiotic to achieve therapeutic concentrations at the site of infection.

Neonatal septicemia (sleepy foal disease) is best prevented through employing a combination of strict environmental hygiene, practicing of foaling camp rotation, ensuring intake of colostrum as soon after birth as possible, umbilical disinfection and immediate removal of the expelled placenta and soiled bedding post foaling. Remember, the mare’s reproductive tract and fetal membranes are the primary source of bacteria for the foal, and therefore another practical prevention measure where infection is suspected, is by the installation of bovine antibiotic mastitis remedies (containing tetracycline or penicillin), into the mare’s birth canal shortly prior to foaling.